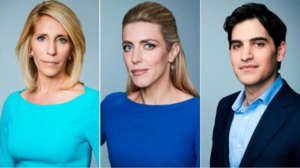 Ward’s new podcast, Tug of War, will examine movements around the world resisting oppressive regimes. “During my career I’ve always been struck by extraordinary acts of courage from ordinary people,” said Ward. “Currently, authoritarian regimes are on the ascent across the world, but so are the grassroot movements resisting them.” Ward has recently been reporting from Afghanistan.

Here are the new CNN Originals:

Added to the show premieres above are new seasons of existing podcasts:  Chasing Life with Dr. Sanjay Gupta, The Axe Files with David Axelrod and The Handoff with Chris Cuomo and Don Lemon.