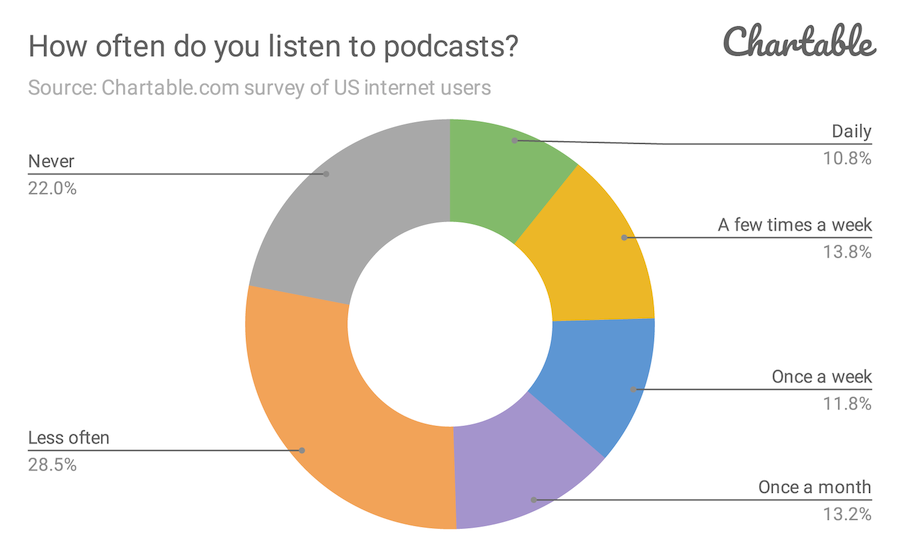 The audio industry and broader media landscape are both shifting to accommodate the rising interest in podcasts. A series of graphs from podcasting data and analytics company Chartable show exactly how much the format has grown in content, audience, and revenue, and why we’re beginning a “golden age of podcasts.”

A Chartable online survey found that about a quarter of U.S. adults (23%-25%) tune in to podcasts a few times a week or even daily. Extrapolating to the broader American population, that means podcasts could have 91 million people listening at least once a week. Less than a quarter (22%) said they never listen to podcasts. These results echoed other studies that pointed to 2018 as a landmark year in the number of podcast listners.

The number of podcasts available to that audience has also ballooned in the past year. An average of 575 podcasts were started every day in 2018. Of the more than 670,000 shows Chartable tracks in the Apple Podcasts directory, more than 210,000 of them posted their first episodes in the last year. 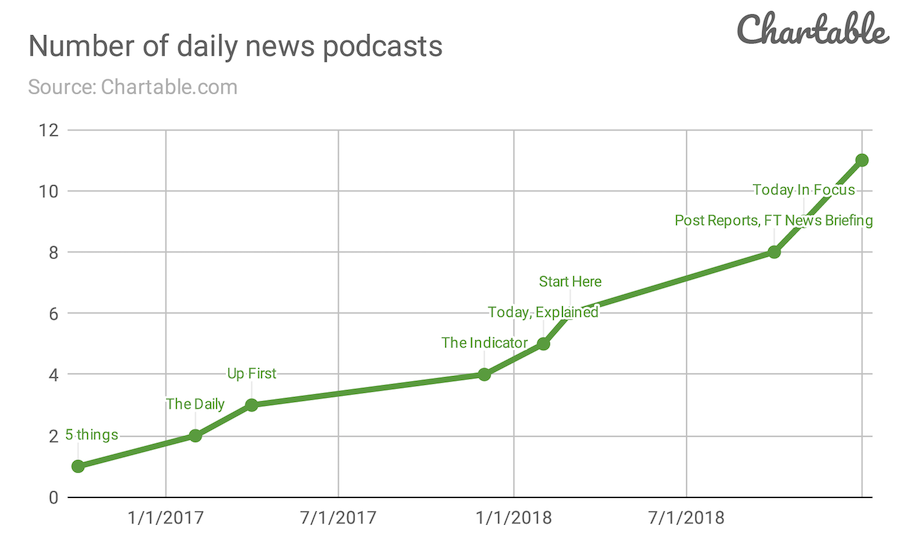 The content explosion has a more niche angle too, as more media companies debut daily news podcasts. Chartable said that it tracks 11 daily shows for a general audience, most of them launching in 2018. The proliferation of daily news is coupled with a trend toward listeners binging audio in the same way they might with a streaming TV show.

The other Chartable graphs showed 2018’s growth in ownership of smartphones, smart speakers, and connected cars. The company predicted that the current podcast golden age will include a growing share of overall attention, new business models, and more transparency about audience listening and engagement. Finally, Chartable anticipated that Apple will retain a critical role in podcasting, even as Spotify moves to be a bigger player in the space.