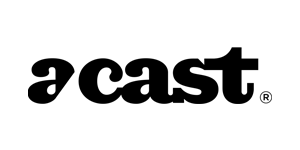 Acast as secured a new round of financing from the European Investment Bank. The deal is a quasi-equity financing agreement for €25 million as part of the Investment Plan for Europe, also known as the Juncker Plan. The move has the characteristics of an equity stake without the EIB actually owning any shares in the podcast company. Acast will use the money to support further research and development activities, as well as continuing to develop its distribution platform for audio content.

“The main motivation for creating the Juncker Plan was to provide alternative sources of financing to innovative companies in need of financial support that struggled to obtain a traditional bank loan, and as a result to boost jobs, growth and investment in the EU,” said Valdis Dombrovskis, a vice president with the European Commission. “Today’s agreement between the EIB and Acast does exactly that, and it does so using a novel form of financing. I wish the company every success with its expansion plans.”

“The EIB’s investment and support of Acast is a true milestone in our company’s growth as well as in the future of the global podcasting infrastructure,” Acast Chief Business Officer Leangro Saucedo said. “Today, we are one step closer to our goal of seeking out and supporting all the audio storytellers of the world – giving their stories the audience they deserve.”

“Everyone loves a good podcast, but it can be hard to make a living off of this type of infotainment,” EIB Vice-President Alexander Stubb said. “I think it’s important that a European provider for this type of service exists, which gives all voices the possibility to be heard. Acast truly serves as a one-stop-shop for listeners, creators and advertisers, and we’re happy to support the company in its expansion.”