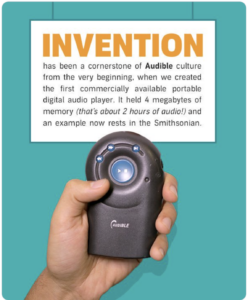 Australia-based futurist and noted public speaker James Cridland poses an intriguing question on his Podnews website this week, speculating that the late comedian and actor Robin Williams may deserve credit for being the world’s first podcaster.

Cridland’s argument is based on a biweekly talk show that Williams hosted for Audible, a company for which Williams was an early investor, from January 2000 for several years — even though the term “podcasting” didn’t come into usage until 2004.

The show could be automatically downloaded into one’s Audible MobilePlayer device, a precursor to the iPod that was originally released in 1997 to allow consumers to listen to audio books on the go.

Cridland writes, “Like paid Apple Podcasts subscriptions, the show wasn’t delivered using an RSS feed. Like Audible exclusive podcasts today, it wasn’t available for free. But, the show sounds identical in form to a normal celebrity-meets-celebrity podcast today. Was it a podcast?”

Skip to 5:33 in the YouTube video below to hear Williams describe his show to Charlie Rose:

After describing feedback from various readers, Cridland concludes today, “Athough he wasn’t using RSS, Williams’s description of what he was doing is, undoubtedly, what we would call a podcast today: producing a show that you could automatically download and transfer onto your portable player.”