Summarizing a few 2018 milestones, the report notes that over 619,000 shows in Apple Podcasts/iTunes — a generally accepted venue for sizing the industry. Voxnest also notes the IAB Podcast Measurement Guidelines, Panoply’s exit from the content side, and the push into podcasting by Pandora and Spotify. Revenue projections for 2020 include$659-million in the U.S. (IAB) and $1-billion around the world (PwC). Over 70% of the market resides in the U.S., according to Voxnest.

Things get more uniquely interesting as Voxnest shares some internal metrics. In 2018, the countries with fastest growing content creation India, Canada, and Brazil, all speeding along faster than the U.S. in developing new shows: 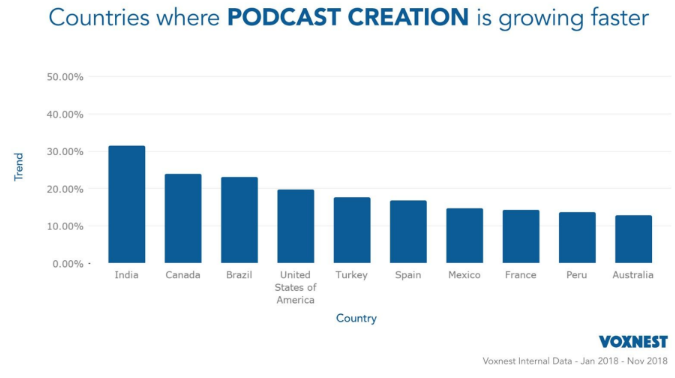 One of the most interesting charts in this report compares the share of different apps playing Voxnest content, compared to Apple. To make this comparison, Apple’s share is represented at 100. On that scale we can see that for Voxnest podcasts, Spotify owns 25% of Apple’s distribution, the clear non-Apple leader. 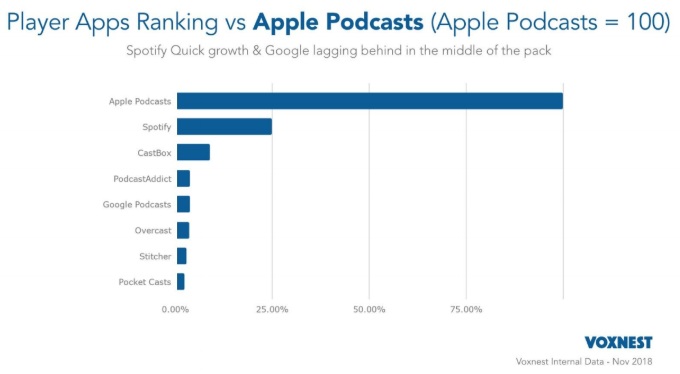 As a companion piece of research, Voxnest breaks out its podcast listens by operating system. Unsurprisingly, Apple’s iOS soaks up most of the listening, even though Google’s Android is the dominant mobile platform. 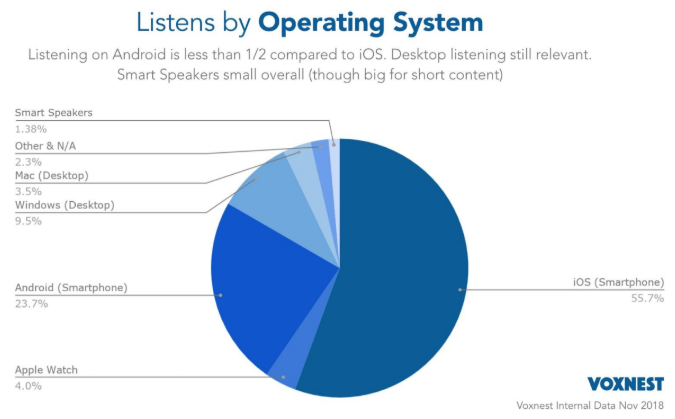 There is much more of interest in this year-end review. Find the free report HERE.