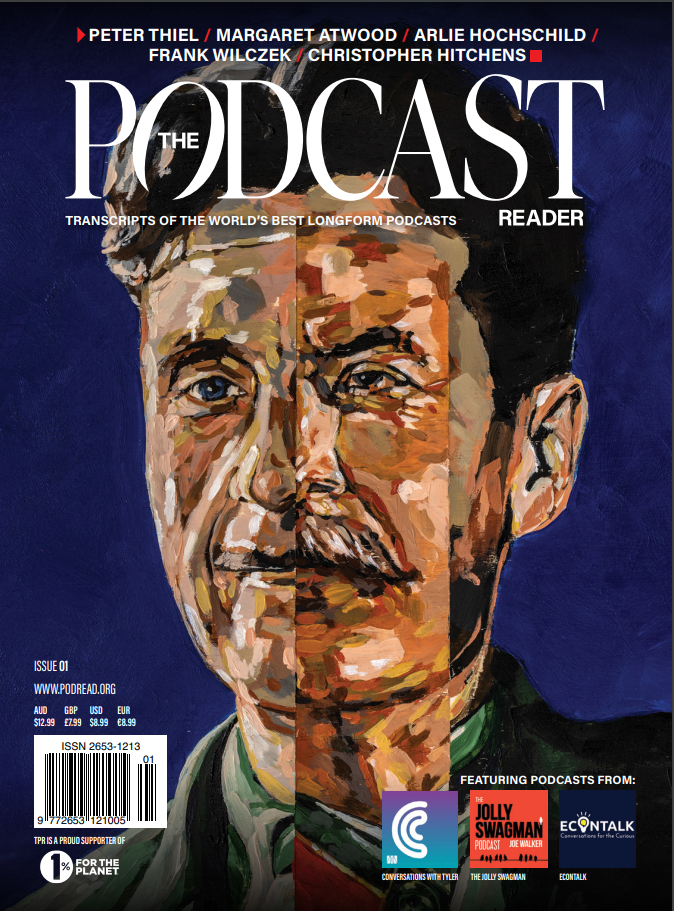 “Our thesis is that longform podcasts are producing some hugely important content,” Loggia told RAIN, “but it’s not always easy to listen to them: it’s impossible to ‘skim’ an episode, it’s easy to drift off, and pausing and rewinding are impractical.”

In a foreward to issue #1, readers are promised “a new publication for the intellectually curious and those open to new ideas, featuring selected transcripts of the world’s best longform podcasts. From the overwhelming volume of podcast content, we’ve chosen the highlights for you.” 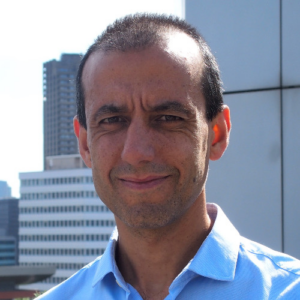 Subscribers choose between glossy print and shiny PDF: $75 or $20 per year. (Subscribe HERE.)

In addition to subscriptions, the magazine appears to be ad-supported. In the first issue we see a full-page display for a boutique ketchup brand, and partial-page ads for a motherhood jewelry and gift merchant, an indie ebook, a bottled juice product, a non-alcoholic sports beer, and a wine brand.

All the podcast content is used with enthusiastic permission — David Loggia told us that initial offers to pay for the transcripts were declined, and free permission granted. It started with a reach-out to Joe Walker, host of The Jolly Swagman. Loggia himself wanted to read the show, as an alternative to hearing it. Walker became a magazine launch partner, and also introduced the two other podcasts into the venture. Loggia says that “many more” podcasts have approached the team, so we expect to see a range of participating shows.

“Like The New Yorker, readers of The Podcast Reader won’t know what to expect in any issue, but they can trust that it will be engaging and interesting, and worth their time.” Also like The New Yorker, length is more an attraction than a put-off: One transcript in the first issue is presented in 15 dense pages. The entire issue is 78 pages.

David Loggia declined to provide financials at this early stage, but did subscriptions are pretty evenly split between print and PDF, and that there’s a high proportion of Australian subscribers.