Consulting and research firm Jacobs Media released the results of its “Public Radio Techsurvey 2022” last week at the Public Radio Program Directors (PRPD) Content Conference in New Orleans, with what commercial radio Techsurvey co-sponsor All Access called “a mostly cloudy picture for public radio, with the audience aging, listening stagnant, and momentum down.”

While the study still showed a strong interest in podcasting among public radio listeners — although more so when the station’s format is news/talk or AAA, less so when classical — it showed what Jacobs Media President Fred Jacobs called momentum that has “cooled considerably.” 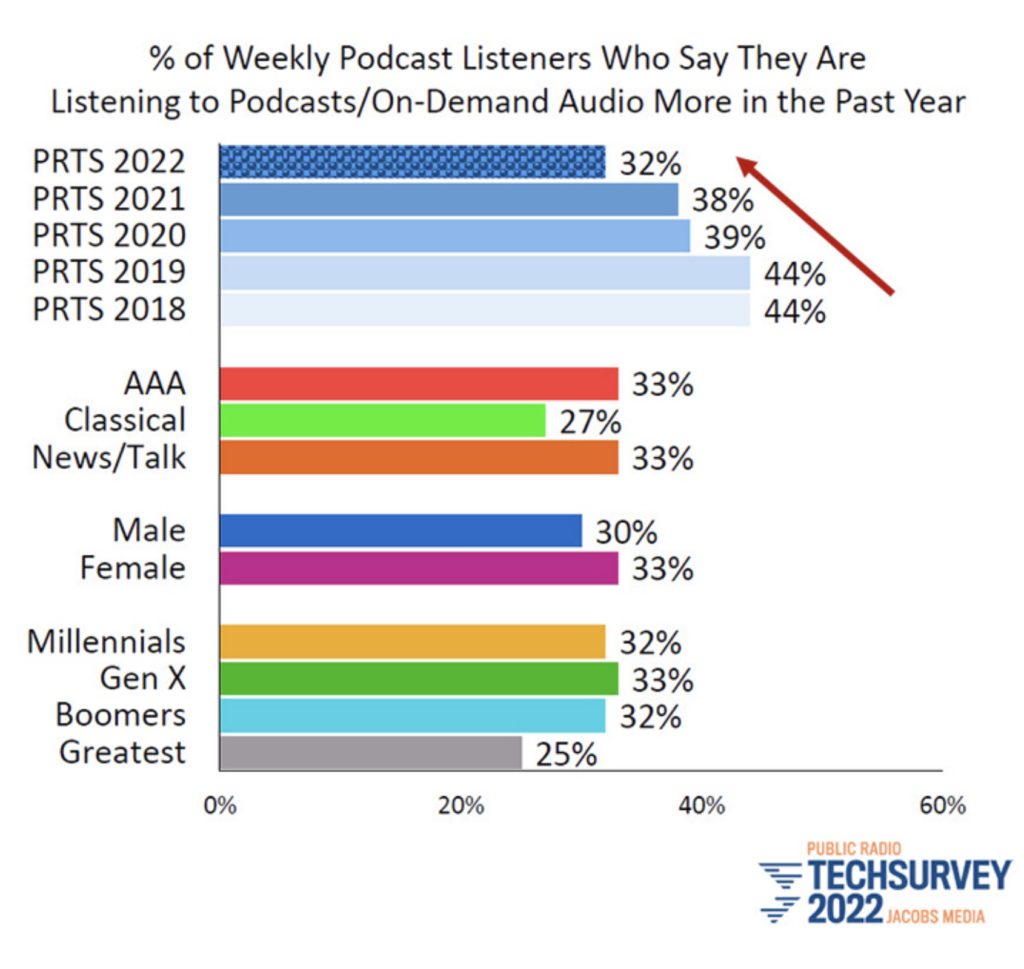 “The momentum slowdown is a bit more troubling, and might speak to snags in the user experience, including a lack of curation. Users may be generally locked into their favorites and may not be free-sampling lots of new shows,” Jacobs said.