For the top-ranked podcasts, there are several debuts, including  CNN 5 Things (WarnerMedia), Something Was Wrong (Wondery Network), Pod Save America (SXM Media) and more. 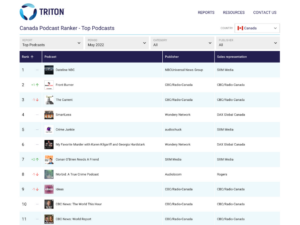