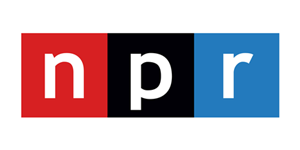 Almost half (46%) of the U.S. population listens to spoken word audio content daily, according to the latest “Spoken Word Audio Report” released from NPR and Edison Research today.

The fourth annual report explores the ways spoken word media consumption in the U.S. has increased over time, including the number of listeners, and how long they listen.

The findings were presented in a webinar hosted by National Public Media (NPM) VP of Sponsorship Marketing Lamar Johnson and Edison Research VP Megan Lazovick and are available now at npr.org/spokenwordaudio.

This year’s study also includes a special focus on how younger demographics are increasingly more interested in the medium, and reveals a 214% increase in listening to spoken word audio among those age 13-24.

Key findings from the study include:

Edison Research VP Megan Lazovick referred to her past experience in talk radio, and noted, “The relationship between content makers and listeners remains as strong as it was a decades ago, even as the audio space has evolved with more spoken word content available on demand. Digital platforms have opened up new ways for people to listen to and connect.”

RAIN Analysis: A decade ago, after Howard Stern had left AM/FM radio (which happened in 2006) for a presumably smaller audience on SiriusXM, “spoken word audio listening” primarily consisted of Rush Limbaugh-ish talk on AM radio, NPR news on FM radio, news radio & play-by-play sports & sports talk on AM radio, an unknown amount of listening to SiriusXM’s talk channels, and some audiobook listening — and much or most of that listening was among older demos (age 55+ or even 65+).

Today, with the decline of AM talk radio and thanks largely to podcasts (both from broadcasters like NPR and others and from independent podcasters), the content is more diverse and the audience is significantly more youthful.