According to Edison Research data presented by Cumulus Media exec Pierre Bouvard in his recent “Audioscape 2022” research presentation, among U.S. respondents in the 18-34 age group, of weekly time spent listening to talk/personality audio content, podcasts now receive 60% of those hours.

Even within the older demos of 25-54 and 35-64, podcast listening’s share of talk/personality listening is high — 47% and 39%, respectively, with those numbers up nearly double and more than triple, respectively, compared to five years ago. 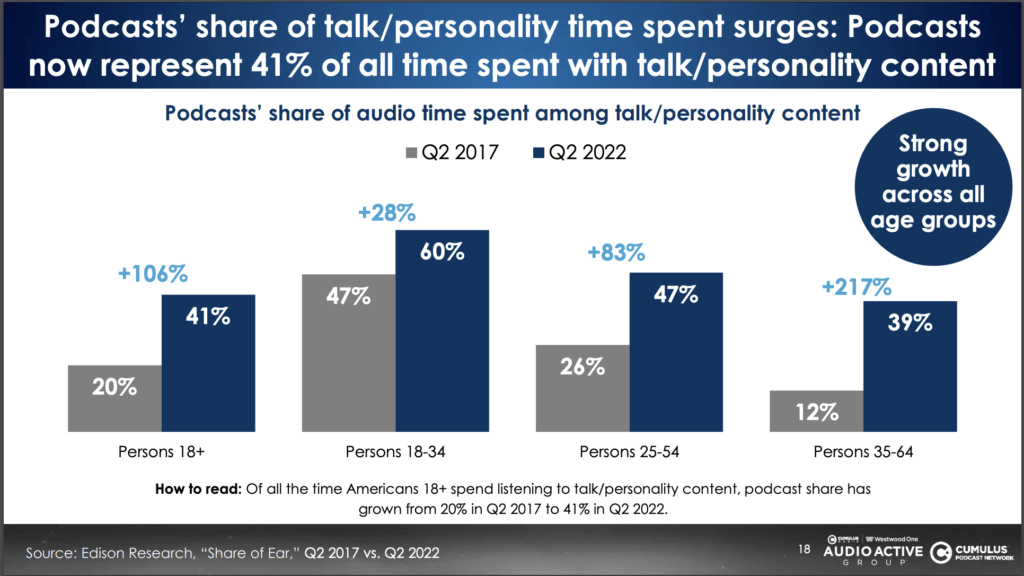 It might be easier to think of the second set of bars above as “Younger” and the fourth set as “Older.” With those two subsets non-overlapping, it’s easier to see that podcast listening has grown a bit among younger listeners in the past five years, but massively among the older listeners.

One minor glitch in the presentation can be seen on the first data slide in the deck, which highlights a key finding that “Nearly 2 in 5 Americans listen to podcasts daily.” 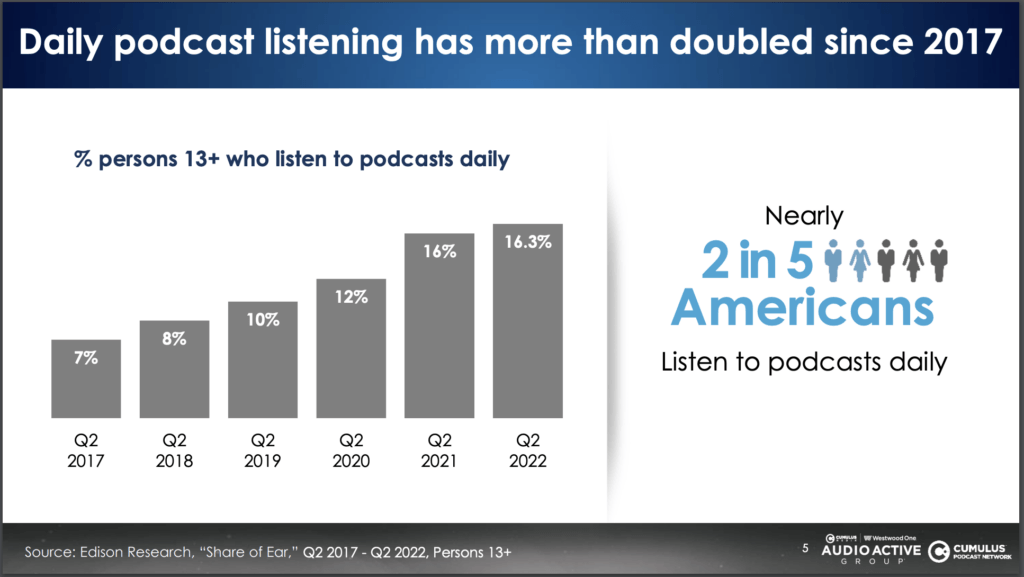 Nonetheless, podcasting’s growth over the period is clearly impressive!

The full deck is available here, and you can watch Bouvard’s YouTube presentation here.