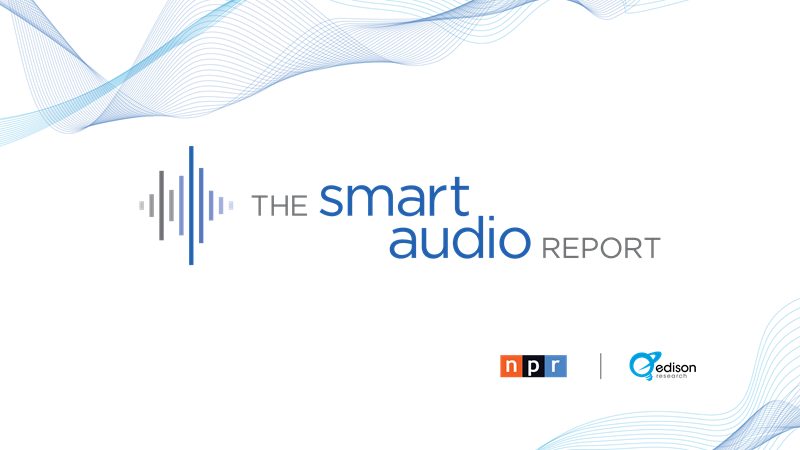 Today NPR and Edison Research released the latest edition of The Smart Audio Report, an ongoing consumer survey of how American adults are acquiring and using smart speakers. The information was released in an online webinar presented by Edison Senior Vice President Tom Webster.

The report was framed with two points from another ongoing research project — The Infinite Dial, an annual study of American listening trends from Edison Research and Triton Digital. First, 18% of Americans 18 years or older own a smart speaker. That’s about 43-million people. 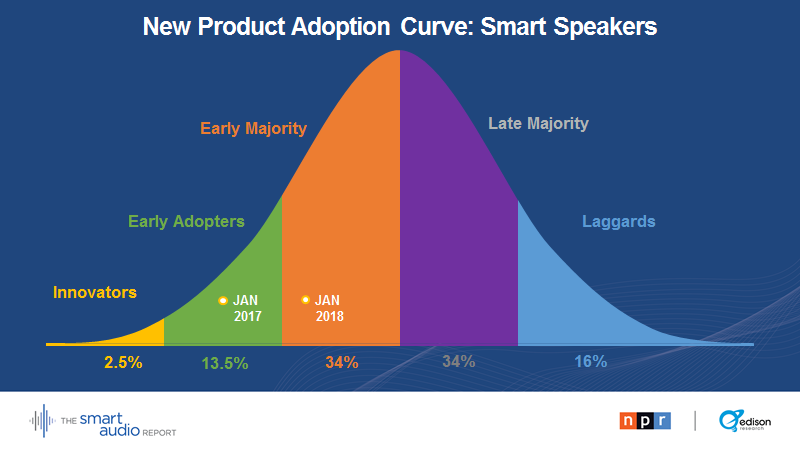 Through most of the report, Early Majority behavior is broken out from that of Early Adopters. A general insight is called out:

One key revelation is that more Early Adopters use smart speakers as the primary way of listening to audio. (Note AM/FM’s position in this question, below.) 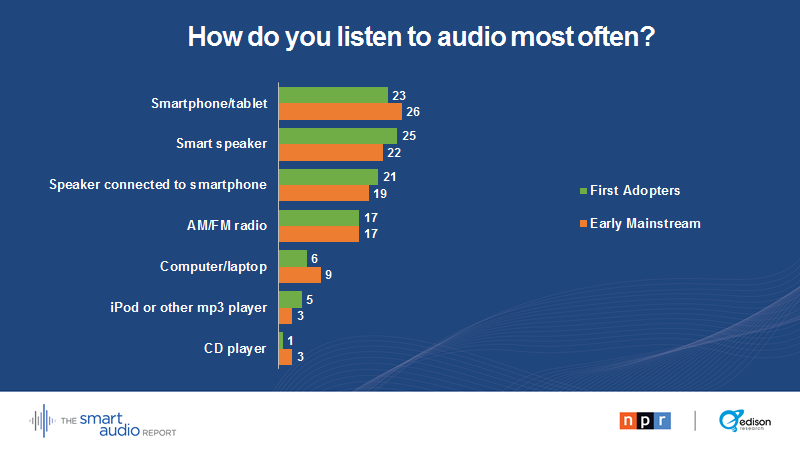 Playing music is the most-used function of smart speakers for both Early Adopters and the Early Mainstream group: 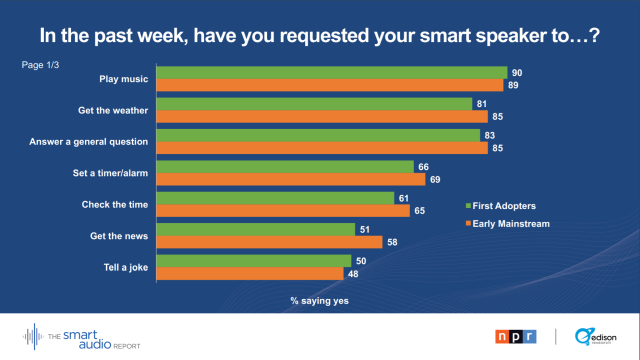 What about podcast listening? The survey sought to benchmark how much Americans listen to podcasts, in the framework of comparing the Early Adopters with Early Mainstream folks. The Early Mainstream users consume podcasts at least once a week to a greater extent than Early Adopters. About a third of the whole group never calls up a podcast.

One striking result of the report comes from asking what is getting replaced by smart speaker time. The top-rated answer is AM/FM radio. 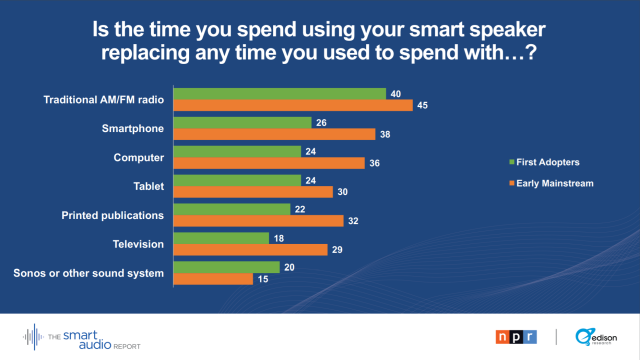 Interestingly, the Smart Audio Report queried its respondents about their attitudes toward ad types. The most liked form of sponsorship, by far, is brand-created skills. (Consider RAIN’s report of the new MarketPlace skill, with all original content.) Following that #1 result, perhaps unsurprisingly, is the classic host-read advertising message in podcasts. That marketing style is fairly free-form, especially in the hands of creative hosts, while also leveraging the reputed intimacy and trust established between host and listener. In audio, radio commercial breaks are the least favorite ad type, “hated” by nearly half the survey population. 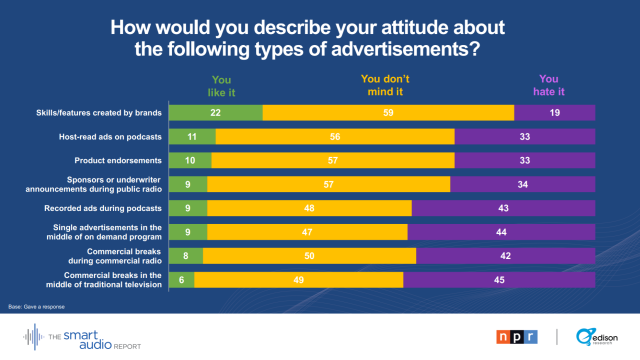